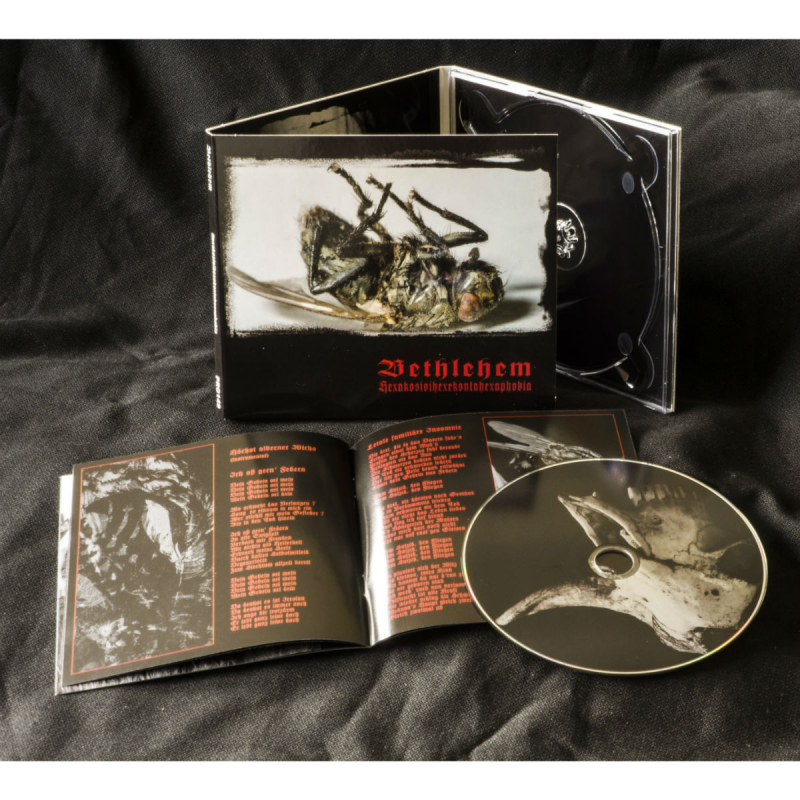 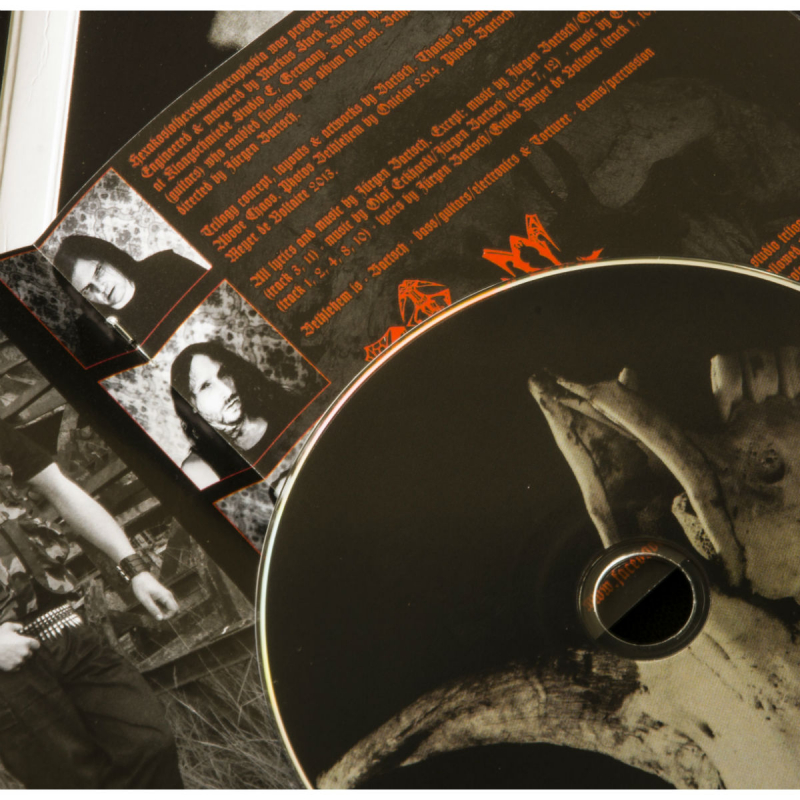 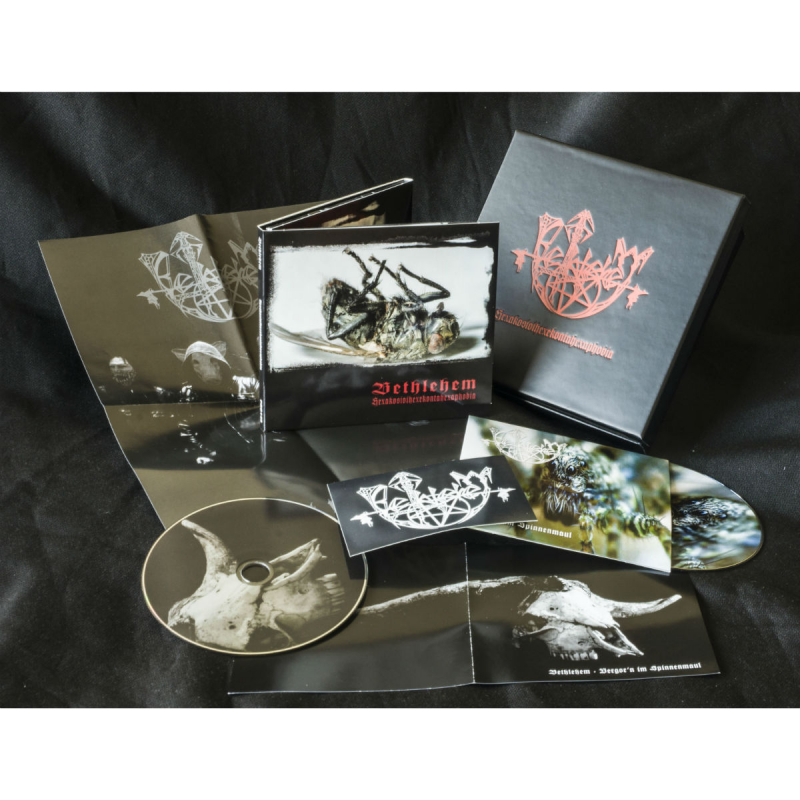 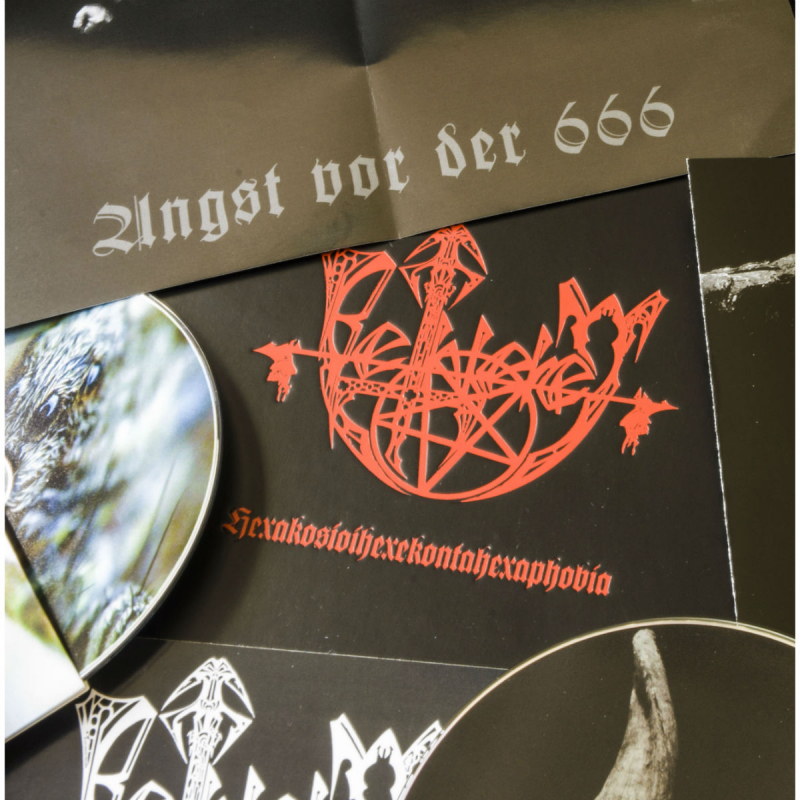 Hexakosioihexekontahexaphobia: fear of the number 666

Hexakosioihexekontahexaphobia - a title that symptomizes what Bethlehem is: nonconformist, recalcitrant, aloof and obscure.
Fans had to wait a long time for a new album from the group that coined the term "Dark Metal" with the same-titled album and whose "Dictius Te Necare" and "S.U.i.Z.i.D." defined the Suicidal/Depressive Black Metal genre. Four years have passed since "Stönkfitzchen", and their last album "Mein Weg" dates back even a full decade. Finally though, Bethlehem return with their sixth studio record and are once again nothing but themselves, shrewdly eccentric both musically and lyrically. Following the direction of their recent releases, they also hark back to their very beginnings with songs like "Spontaner Freitod", but do not shy away from balladic moments and boldly incorporate Industrial-elements. Their typical lyrics, written in Jürgen Bartsch's cryptic style, are still one of the band's trademarks and again intoned by Guido Meyer de Voltaire, the singer on both "Schatten aus der Alexander Welt" and "Mein Weg". Thus, we can attest to Bethlehem with some satisfaction: Things will stay the same but different again!