On their seventh album "Flammentriebe", Dornenreich look back to their roots and - after their more experimental works "Hexenwind" (2005), "Durch den Traum" (2006), and "In Luft geritzt" (2008) - release their first extreme-metal record in ten years. "Flammentriebe" is surrounded by an aura that is as tormented as it is blazing, making this record a lambent tribute to the principles of raw and archaic black metal.

In February 2001, Dornenreich set up a ground-breaking monument to themselves and the world of poetic Black Metal with their third album, "Her von welken Nächten." Almost to the day ten years later, they are returning with "Flammentriebe" – an album that as their first Black Metal release since 2001 picks up the thread music-wise as well as in terms of the line-up: for the first time since "Her von welken Nächten," Eviga is joined again by drummer Gilvan and violinist Inve on a Dornenreich metal album.

This past decade has left deep marks on the Austrian sound poets: the youthful Sturm und Drang of "Her von welken Nächten" is definitely a thing of the past. Their magical seventh album "Flammentriebe" is surrounded by an aura that is as tormented as it is blazing, making this recording a lambent tribute to the principles of raw and archaic Black Metal – a release that more than fulfils the listeners' appetite for an album just like this.

Although the song lyrics may be considerably more embittered than before, they are nonetheless still defined by the idea of the circle as the centre of all doing. As always, they are an elemental part of the whole and emphasize Dornenreich's high artistic demands. The bitterness can be sensed in the music as well: thundering drum parts and hypnotic violin melodies unite with Eviga's painful screams and feverish guitar play to a Black Metal wildfire that, like in homage to their own work, cites all of the band's creative periods to date in a subtle and considered manner. This album is as hypnotic and painful as fire. 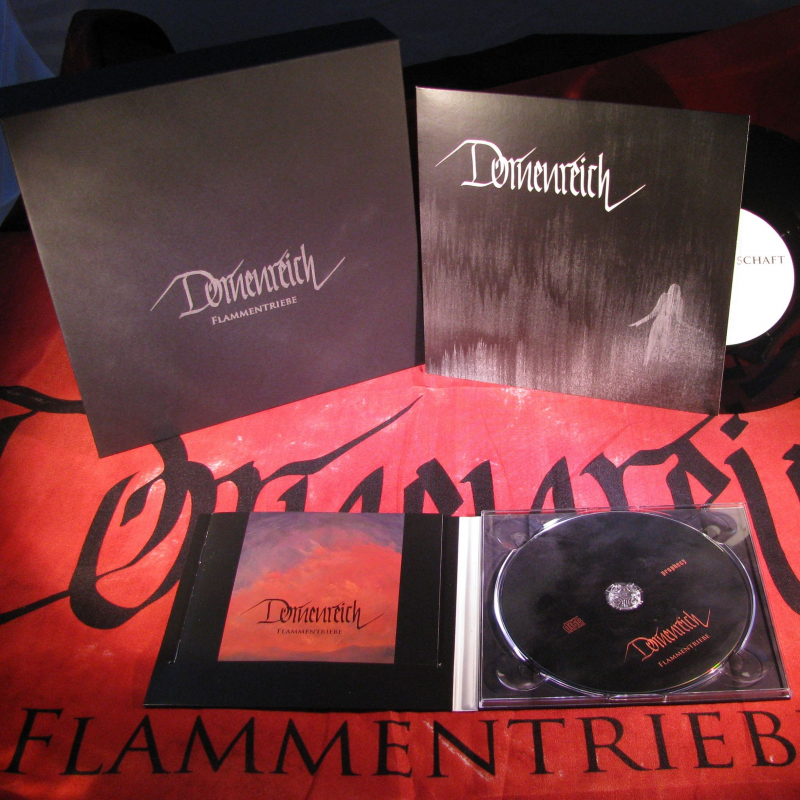 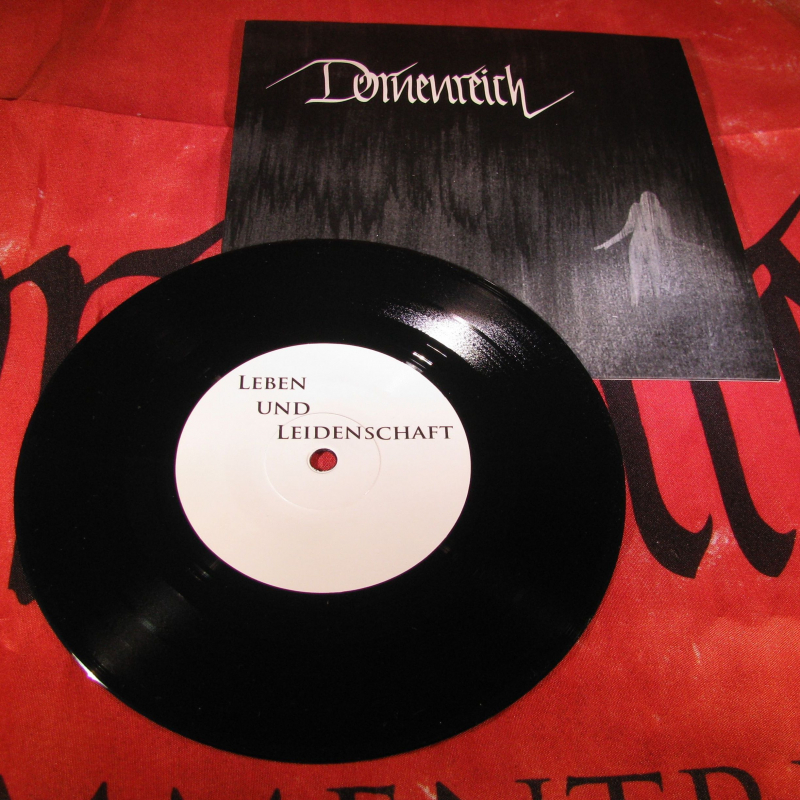 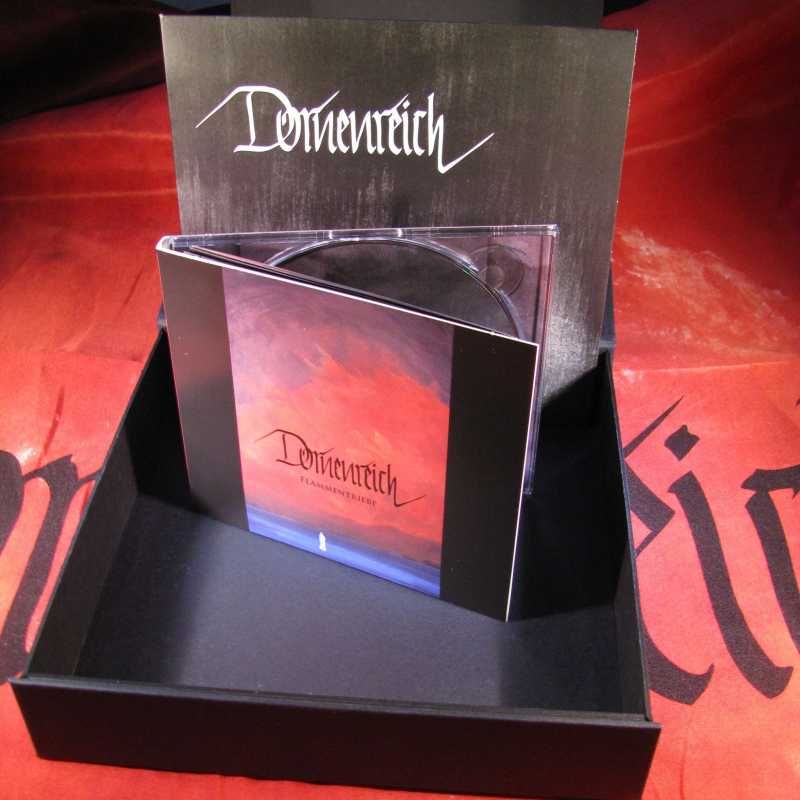 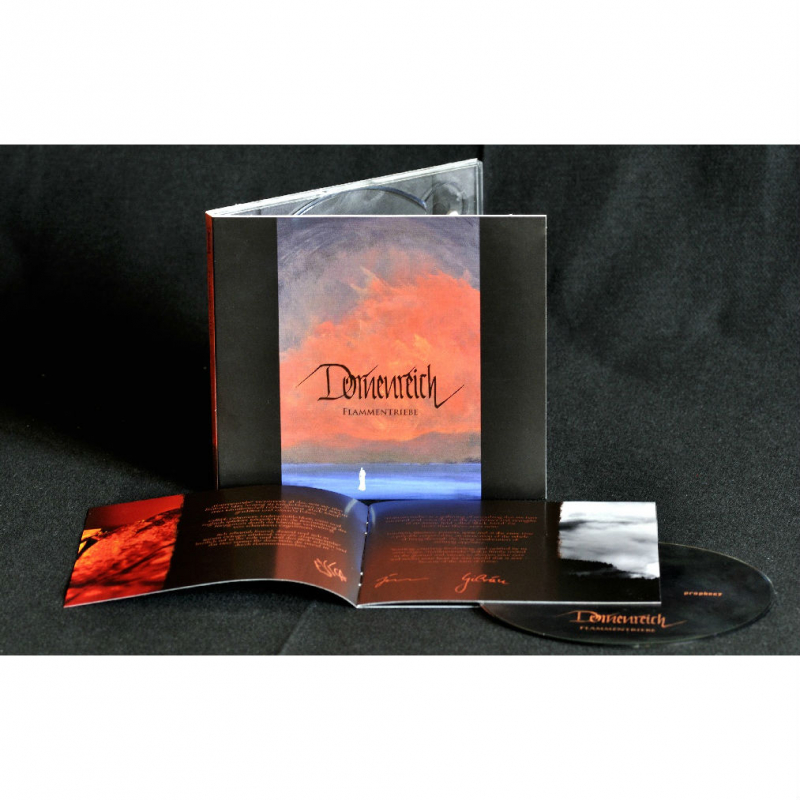 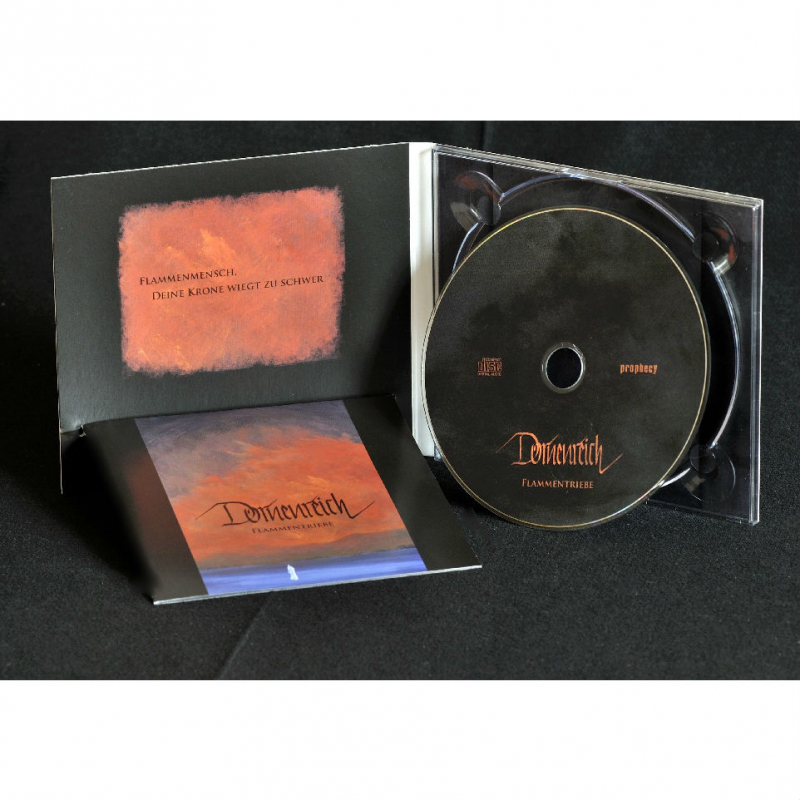