The Dark Red Seed is the musical outlet of guitarist Tosten Larson. A self-coined 'metaphor for the heart', The Dark Red Seed represents a direct reference to life – and death – itself. The duo, which also includes King Dude engineer Shawn Flemming, is now about to release its debut EP, "The Dark Red Seed Stands with Death".

Described as 'a study of death', "The Dark Red Seed Stands with Death" is a dark, dusty discourse on the departure and ultimate dissolution of life; a powerful expression of absolute loss shaped through Larson's haunting, Cash-like delivery. Each of the EP's three songs represents various aspects of death (the death of America, death of culture and death of reality through technology and globalization), drawing on deep feelings and unanswered questions to create living, breathing sound.

"I know when death comes for me I will most likely run away with blind fear," Larson says. "I'm sure when death comes, I will almost certainly cling to life until my dying breath and pray to someone else's god for salvation. But in life, I try to approach death as the ultimate acceptance. Whatever death and a possible life thereafter means to each individual, death is the only place where we might find answers. For in life there are only questions. Death is the one thing that awaits us all."

Raised in Kalispell, Montana and currently based in Portland, Oregon, Tosten Larson began his classical instruction as a young boy sitting at his grandmother's piano. Firmly rooted in the traditions of American music, Larson's sound is equally shaped by art rock such as Swans and Six Organs of Admittance, Eastern masters like Kayan Kalhor and Ravi Shankar, and hard rock staples such as Led Zeppelin and Neil Young. Though he wears his influences on his sleeve, his music attempts to defy category and carve its own path.

The Dark Red Seed's first full-length album, "Becomes Awake", is already in the pipeline and tentatively scheduled for a summer 2018 release. The record is described as a detailed concept album that can be thought of as an answer or sequel to "Stands with Death".

Tracklist:
1. The Antagonist
2. The Tragedy of Ålesund
3. The Master and the Slave 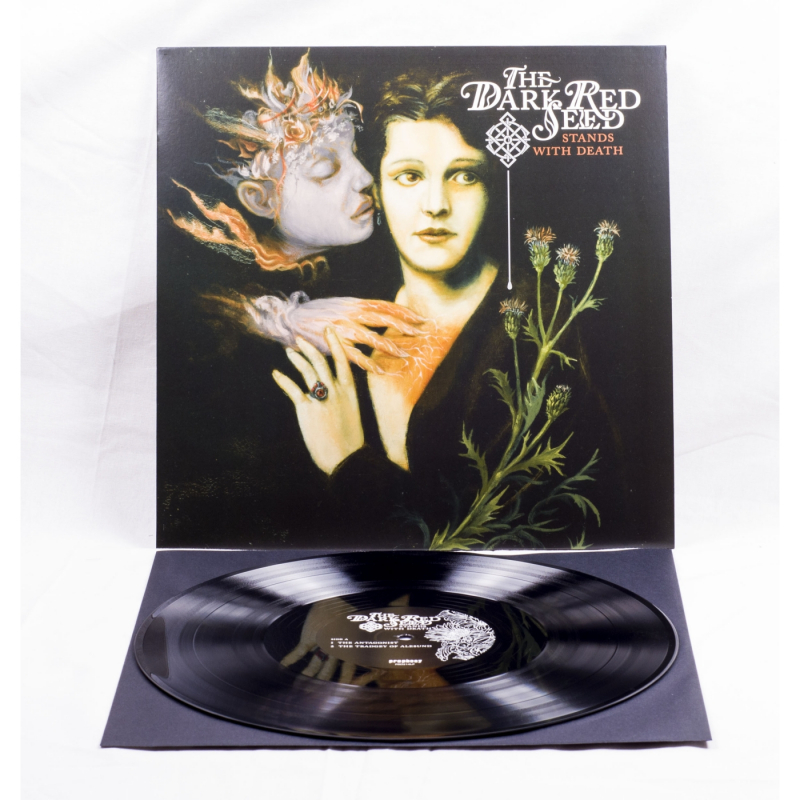