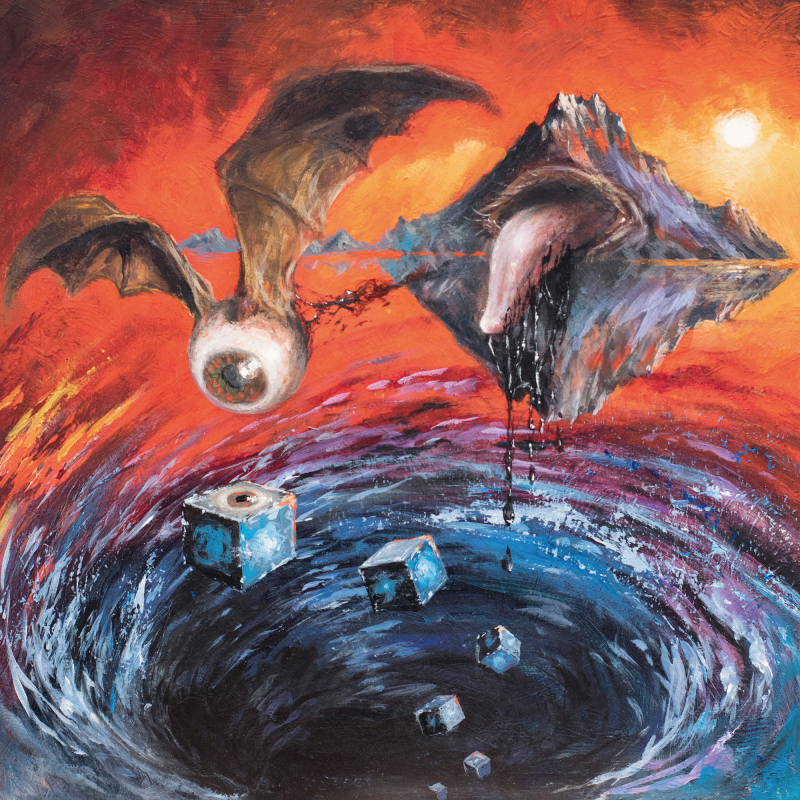 Any track opening with a multi-layered recording of a number of vomiting sessions is bound to continue on the darker side of the musical spectrum. The epic song 'The Vomiting Choir' delivers 24:08 minutes that form a descending spiral into a bottomless pit filled with a mostly dissonant sonic miasma of pure negativity and surprising complexity. TCHORNOBOG continue down different paths that lead from their assumed position on the crossroads of death, doom, and black metal. Friends of DEATHSPELL OMEGA, THE RUINS OF BEVERAST, and ULCERATE will quite likely recognise the general direction, but the American outfit from Portland, Oregon is charting a course of their very own through these extremely dark musical waters. Those who sail in his wake, might also encounter the ghost of early MOTÖRPSYCHO among many other wondrous encounters. TCHORNOBOG were called into existence by Ukrainian-born multi-instrumentalist Markov Soroka in 2014, who is also known for other projects such as AUREOLE, DROWN, and KRUKH. The Ukrainian name TCHORNOBOG is based on a reconstructed Slavonic deity of whom there is little evidence beyond a note in the "Chronica Slavorum", which was penned by the German chronicler Helmold von Bosau in the 12th century and later copied and embellished. Also spelled, among many other versions, Czarnobóg or Czorneboh with the meaning "Black God", this supposed bringer of misfortune and ill-luck even made it as Czernobog into Neil Gaimans novel "American Gods" and its subsequent TV adaptation. The self-titled debut full-length "Tchornobog" was finally released to critical acclaim in 2017 and later reissued worldwide by Lupus Lounge. Currently, Markov Soroka is working on a sophomore TCHORNOBOG album. As a first taste of the sonic darkness ahead, we may all chime in with 'The Vomiting Choir' on the split with ABYSSAL.