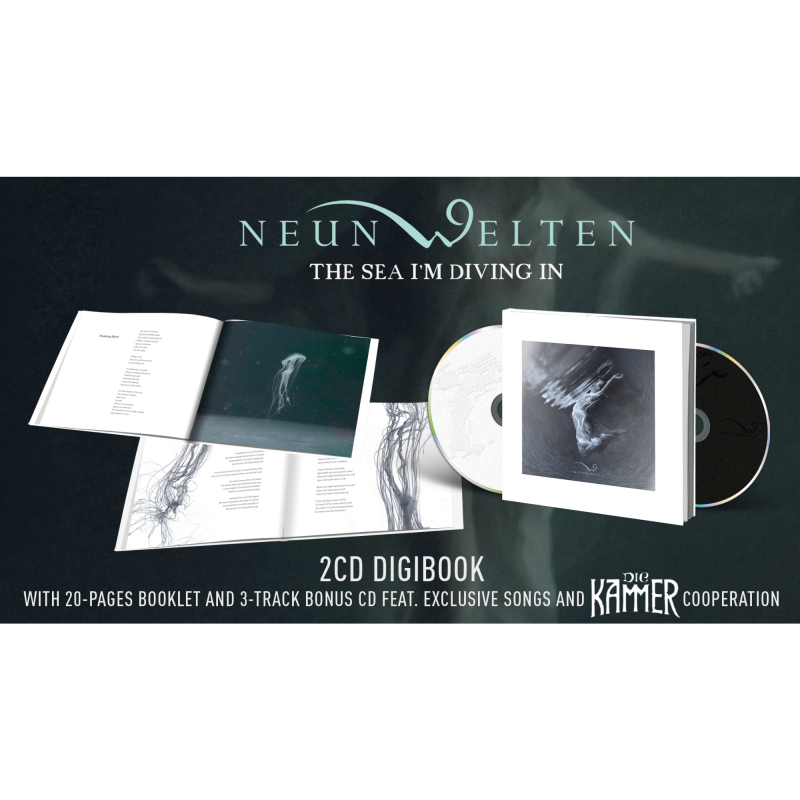 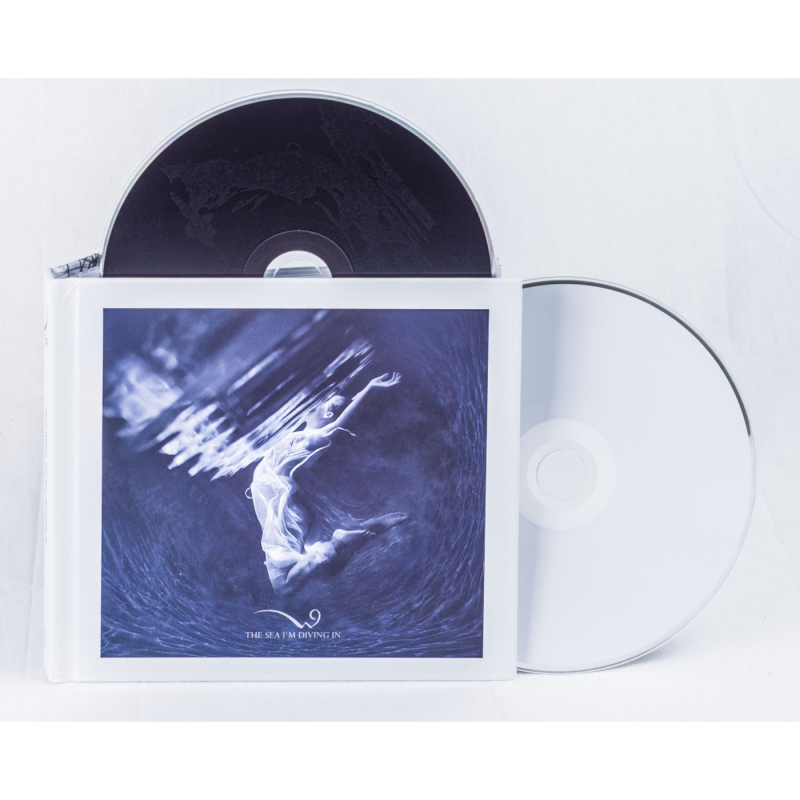 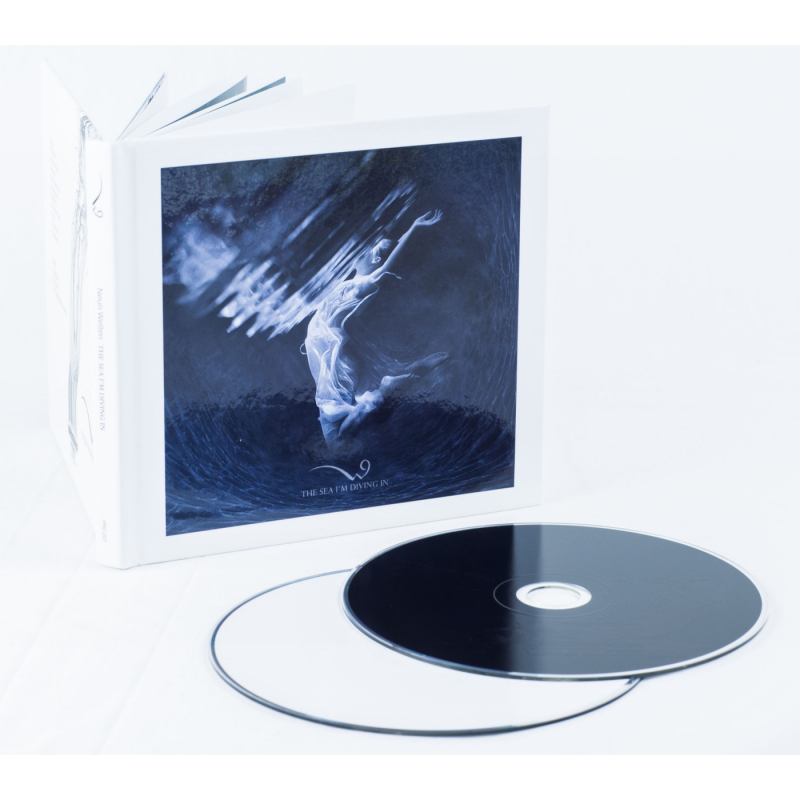 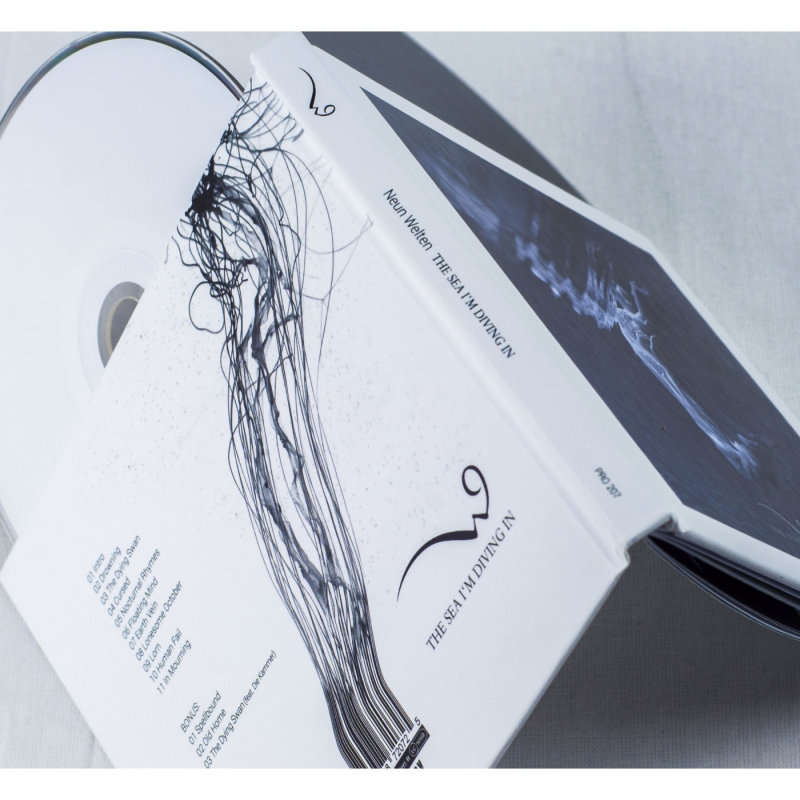 
"The Sea I'm Diving In" is the third full-length release of German dark folk collective Neun Welten and the band's first album of new material since 2009's "Destrunken". It shows Neun Welten take an adventurous musical shift, adding captivating vocals to most songs while incorporating post-rock electric guitars to its base of rich instrumentation.

German for "Nine Worlds", Neun Welten charms listeners with cinematic storytelling that blends elements of neofolk and post-rock with a film score focus. The first-ever Neun Welten record to include English lyrics -- some adapted from the writings of Edgar Allen Poe -- "The Sea I'm Diving In" boasts an unshakable charm that grows stronger as the album plays out. As its title implies, the record features a water-centric theme that sees the element as, at once, a symbol of romanticism and tranquility, disaster and destruction. These thoughts are channeled through songs driven by the group's tranquil singing and lyrical odes to feelings of melancholy, mysticism, love, death and longing and reflective, emotional sound.

Through their violin player Aline Deinert, who is also a (live) member of bands such as Empyrium, Haggard and the chamber pop ensemble Die Kammer, Neun Welten secured the services of renowned German film composer (and Die Kammer member) Matthias Raue ("Löwenzahn" theme, several "Tatort" scores) who recorded "The Sea I'm Diving In" and who is responsible for the album's rich, warm sound. "The Sea I'm Diving In" also features the talents of Niko Knappe, singer of Neun Welten labelmates Dark Suns, who plays all drums on the album, co-arranged a number of songs and wrote additional lyrics.

Whether dark and driving or pastoral, powerful or mystical, Neun Welten effortlessly takes the listeners to their own magic world and the journey begins anew with the release of "The Sea I'm Diving In".

"The Sea I'm Diving In" is available as Digibook 2CD with 20-pages booklet. The bonus CD features three exclusive recordings - two original new Neun Welten compositions and an alternate version of "The Dying Swan" in cooperation with Die Kammer.