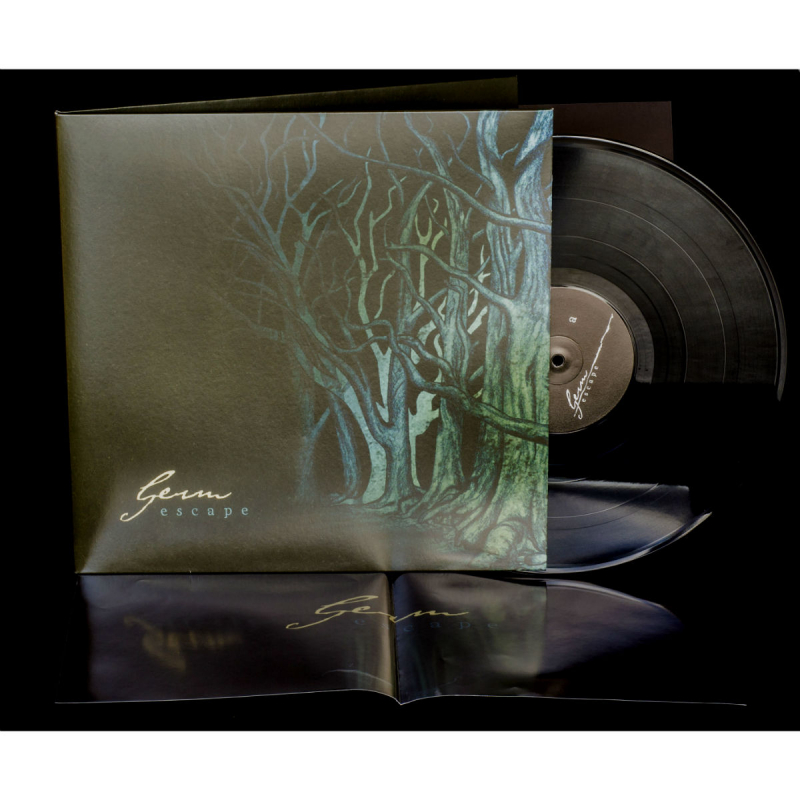 Germ is currently the main sphere of activity for Tim Yatras (once Woods Of Desolation, Austere, Grey Waters and more). With his releases so far - "Wish", "Loss" (both 2012) and "Grief" (2013) -, he established a unique style that he fittingly described as "Experimental Depressive Black Music" - a sonic construct with a foundation of Depressive Black Metal, augmented by electronic elements and almost poppy accessibility.

With "Escape", the artist hands in his much-anticipated fourth record, the arguably darkest in his discography so far. Decisively autobiographical, it tackles a feeling of both internal and external imprisonment which strongly influenced Yatras during songwriting. On the one hand, there is a mental illness that haunted him for years, suggesting he was trapped within his own mind. Today he looks back thoughtfully on one of the gloomiest periods in his life: "At times it seemed there is no escape from it."

On the other hand, Yatras lives in a city and society he considers to be squalid, cold and alienated. "I don't feel a connection to this society and urban life, it doesn't fit in at all with my ideals", he jadedly admits. This fuels his wish to "escape". It is due to confessions like this that the listener can take in the musical character of the album. Although "Escape" stands out with Germ's trademark Post Black Metal, it never sounded so dense and oppressive.