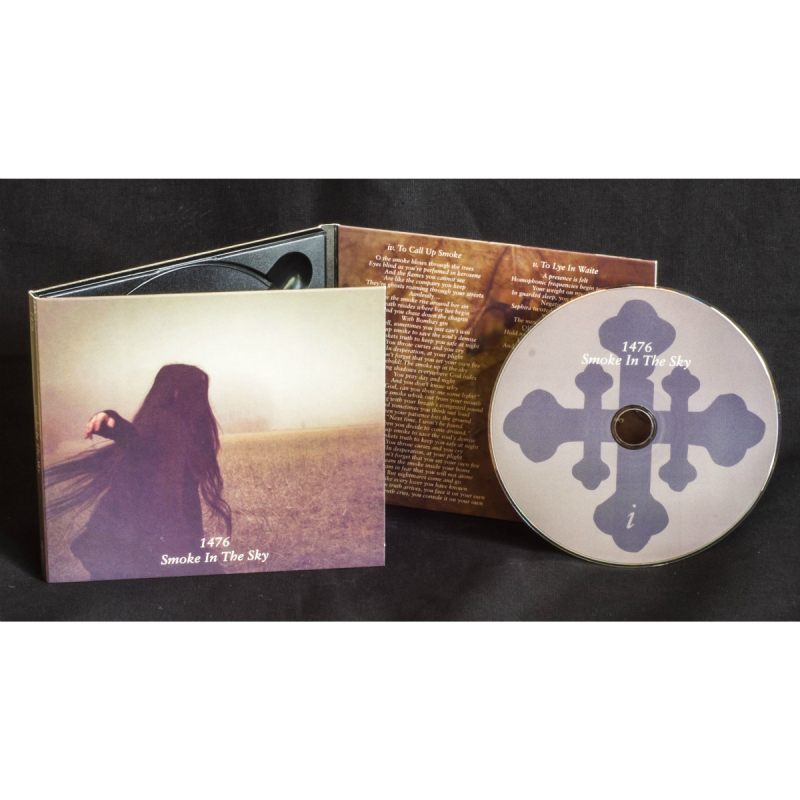 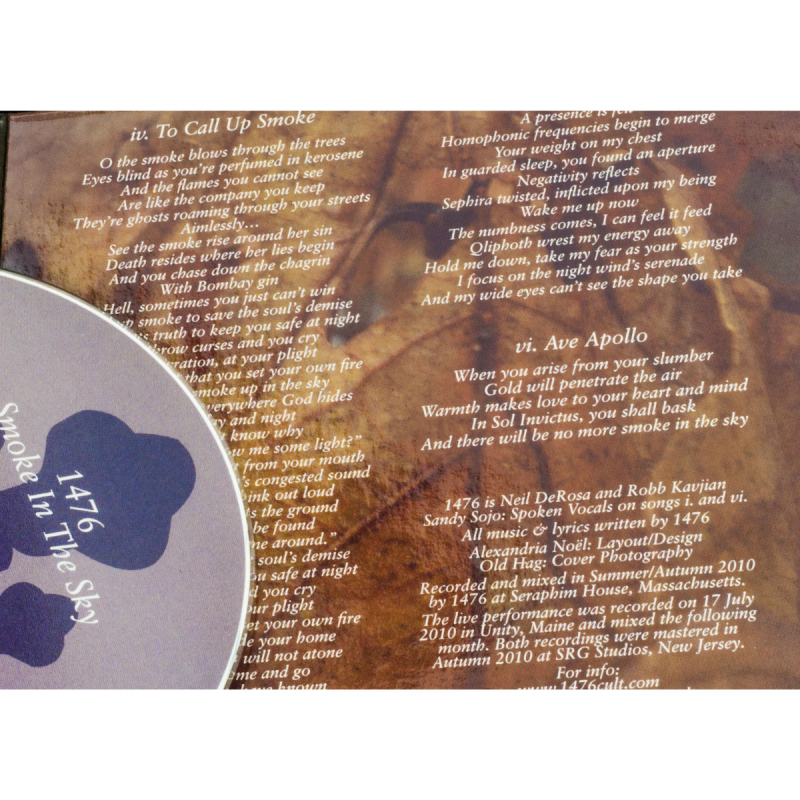 Originally released in 2010, 1476's "Smoke In The Sky" places a strong lyrical focus on self-realization and destroying/overcoming obstacles to be reborn as a stronger, healthier self. Inspired by the Hermetic idea of "inner alchemy" or the "turning of lead into gold" and the old self into new, the recording is of a Tribal/Folk nature and instrumented with acoustic guitars, bowed and finger picked stand-up bass, piano, drums, and an analogue synthesizer to create drones for backdrops/ambience.
On this reissue, "Smoke..." is enhanced by the recording of a live concert, originally released under the title "Live. July 17th 2010. Unity, ME.". Inspired by Death In June's later-era stripped-down live performances, all songs were partially rearranged for one acoustic guitar, drums/percussion, and vocals.