Behind the title "Zhito Zhala: The Early Harvest 1997-2010" stands a large-format artbook (28x28 cm, 48 pages) with all albums included by Russian neo-folk spearheaders Moon Far Away, originally released from 1997 to 2010. This includes the studio albums "Lado World" (1997), "Sator" (2000), "Belovodie" (2005) and "Minnesang" (2010) as well as the live album "Prutena - Live in Königsberg" (2003). In terms of content, the linen-bound book features a preface written by mastermind Count Ash, an in-depth essay, lush pictorial material and presentations of all albums. 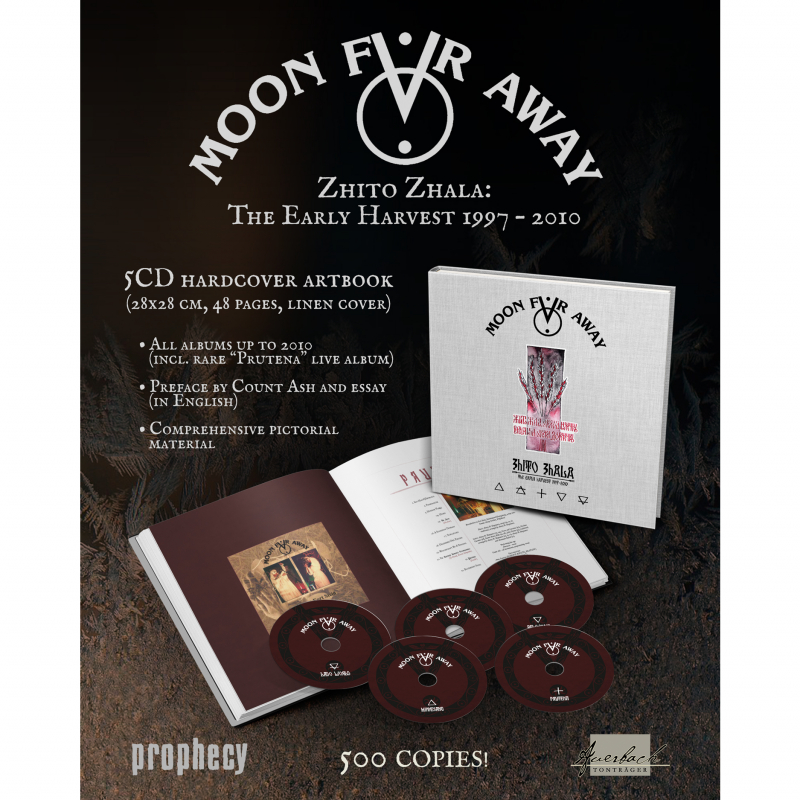 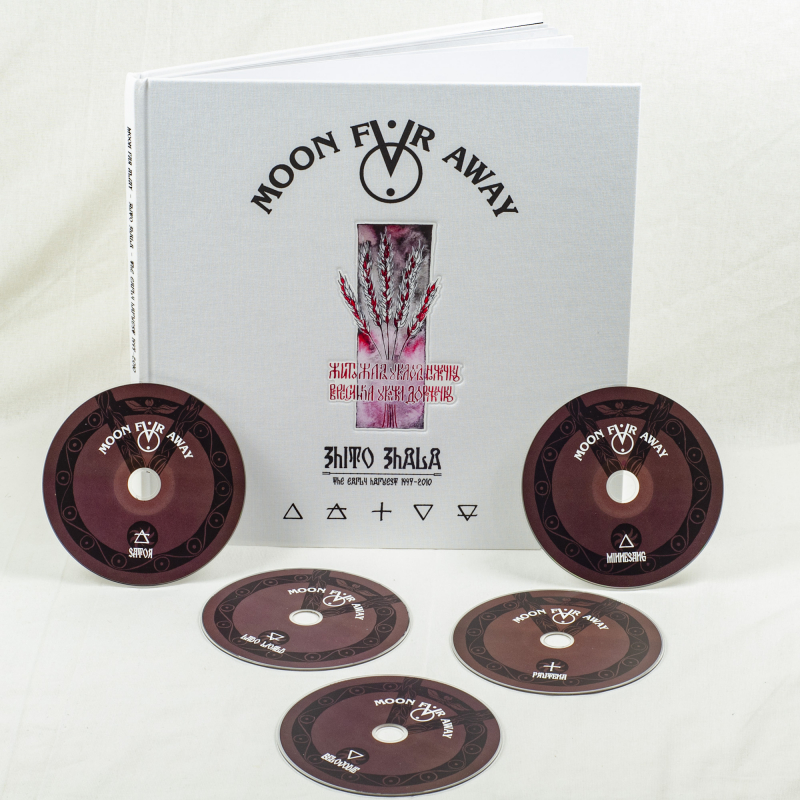 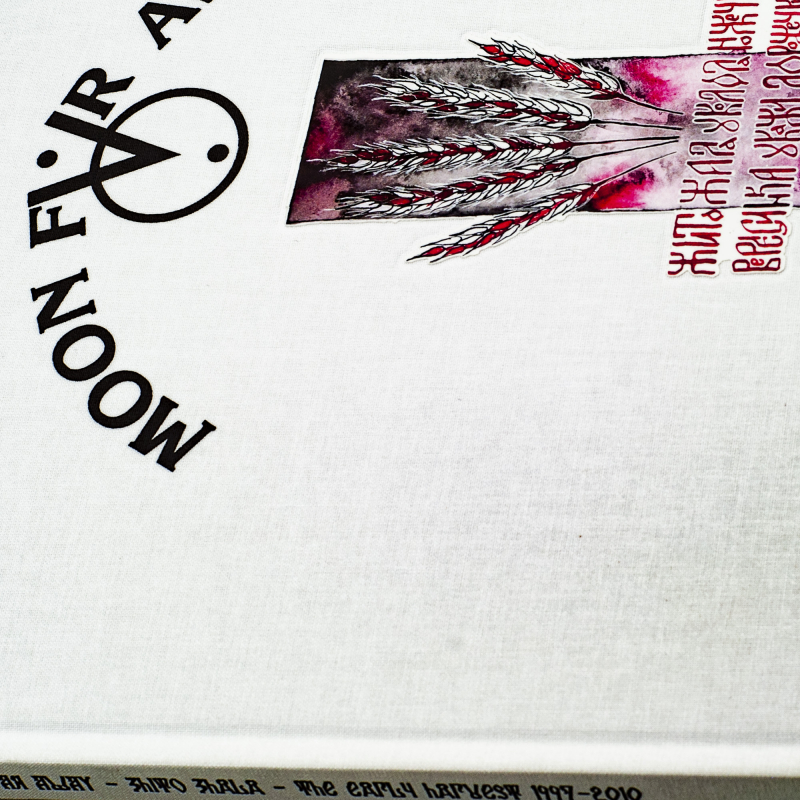 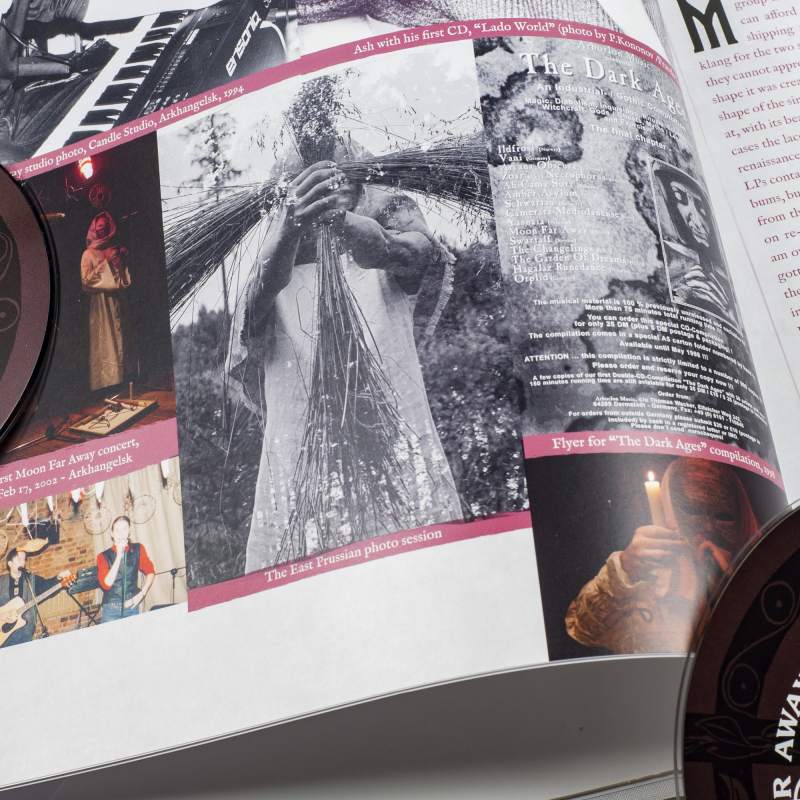 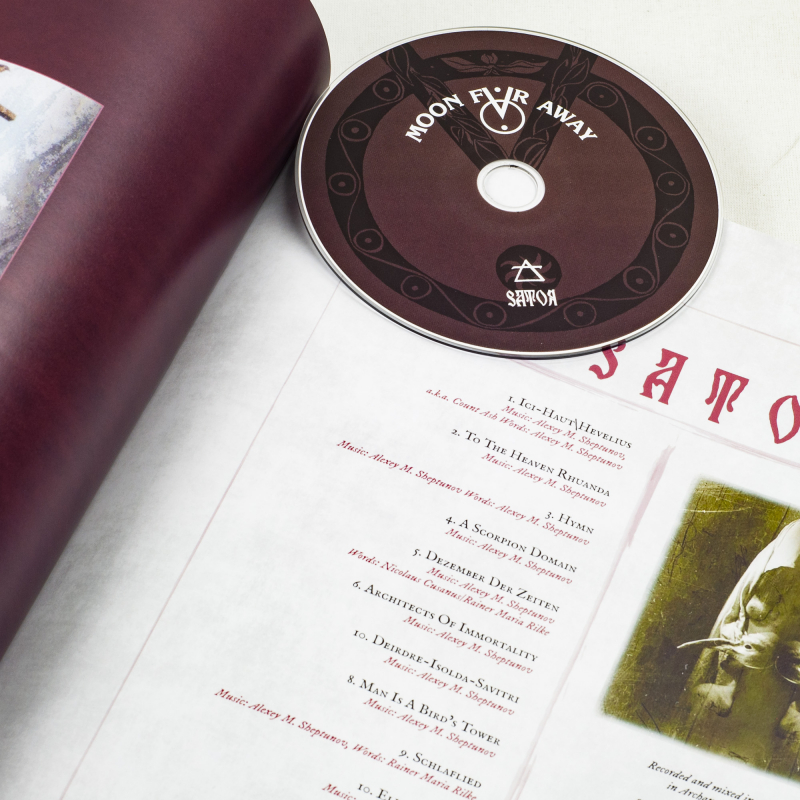 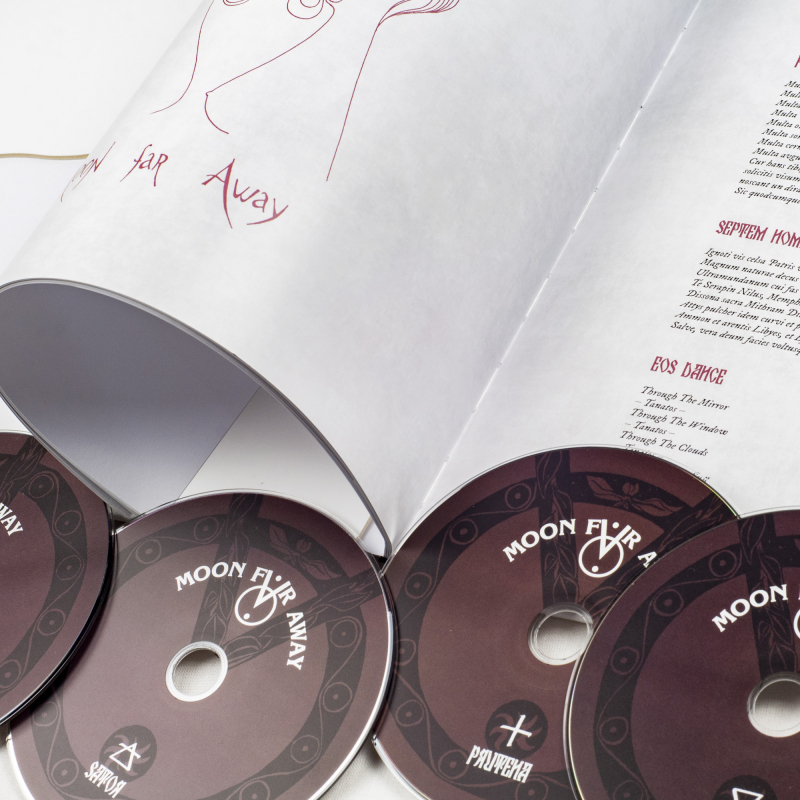