The large-format (28x28 cm), 7CD artbook "Los Cants De Pyrène: Two Decades Of Pagan Hymns And Ancient Lore" features all Stille Volk studio recordings from 1994 to 2014. Alongside the albums "Hantaoma" (1997), "Ex-Uvies" (1998), "Satyre Cornu" (2001), "Maudat" (2003), "Nueit De Sabbat" (2009) and "La Pèira Negra" (2014) it contains, for the first time ever in digitized form, the pagan folk precursors' three demos from 1994 to 1996, and which have partly never been released. The book itself features a noble linen cover with hotfoil embossment. In a total of 60 pages it contains an in-depth biography written by band brains Patrice Roques (in both French and English), comprehensive pictorial material as well as presentations of all albums with English translations of the lyrics. 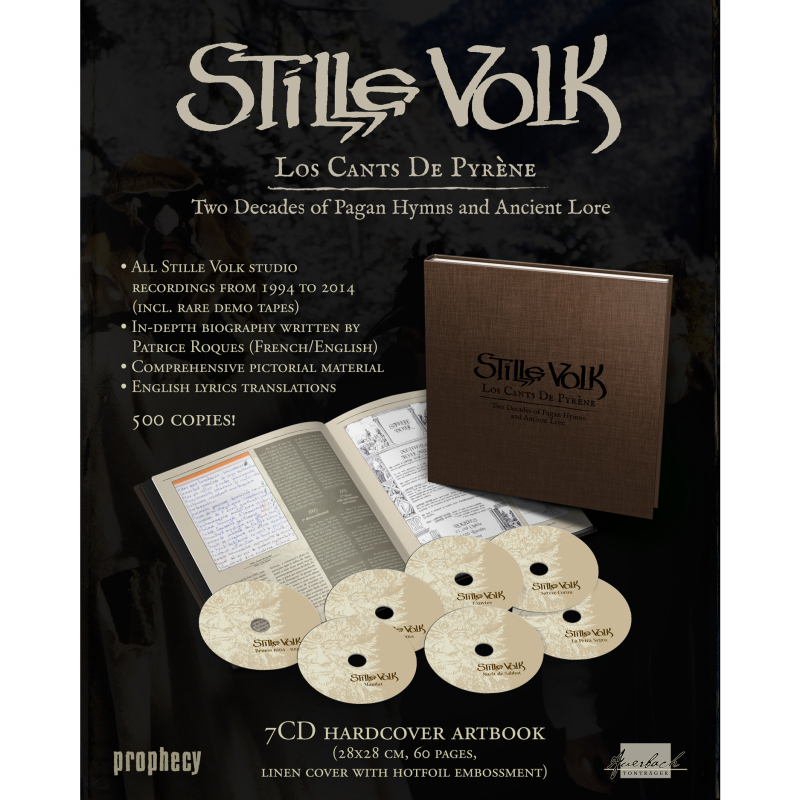 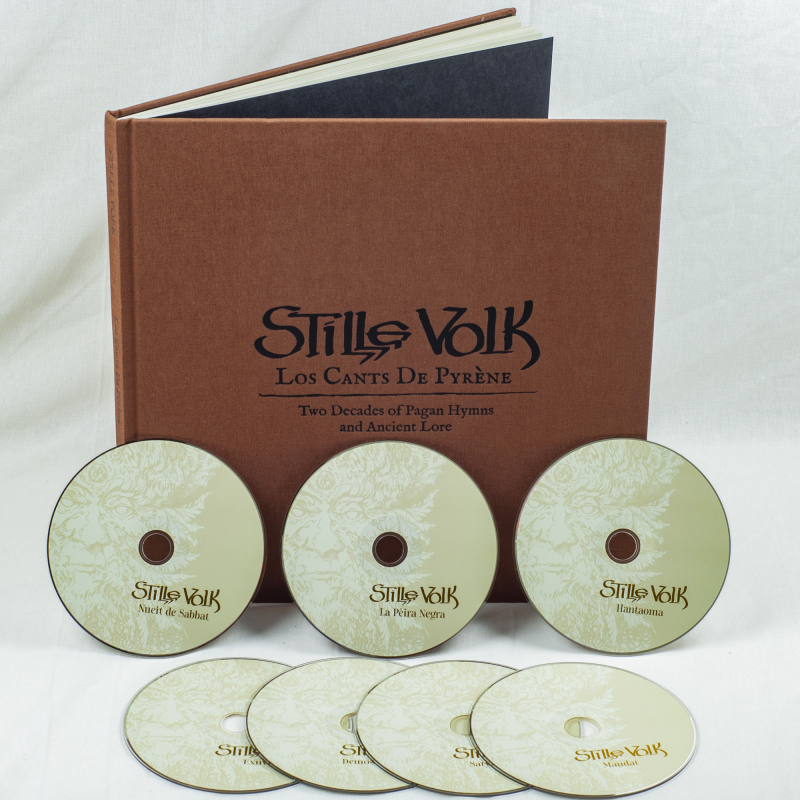 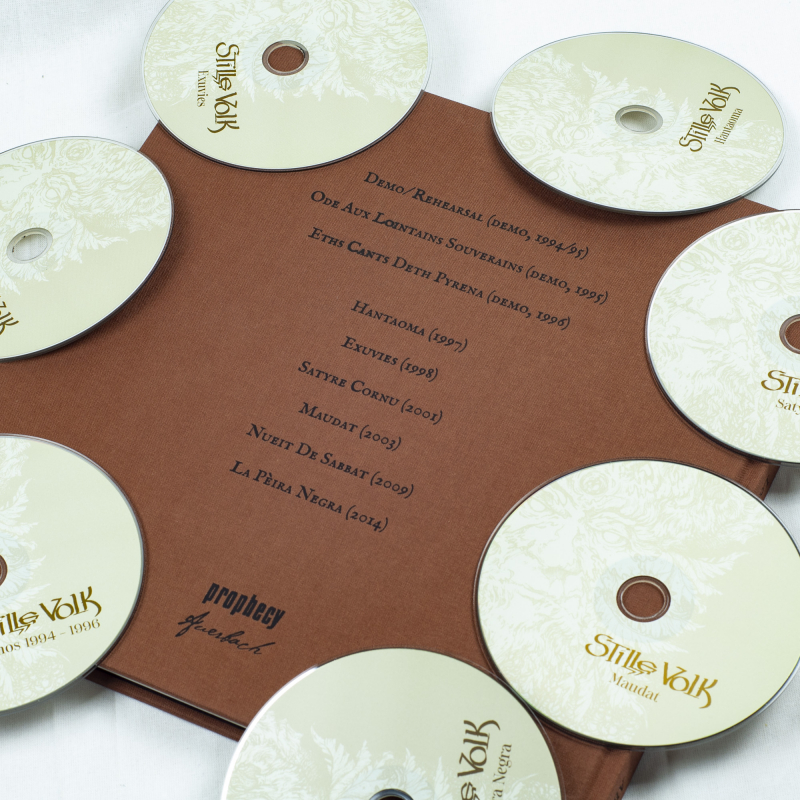 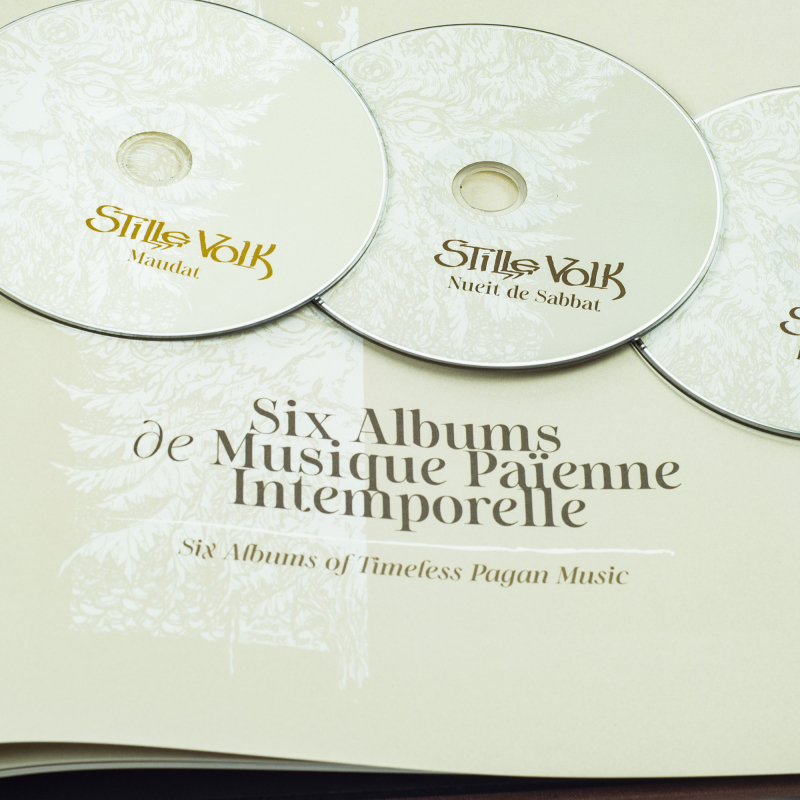 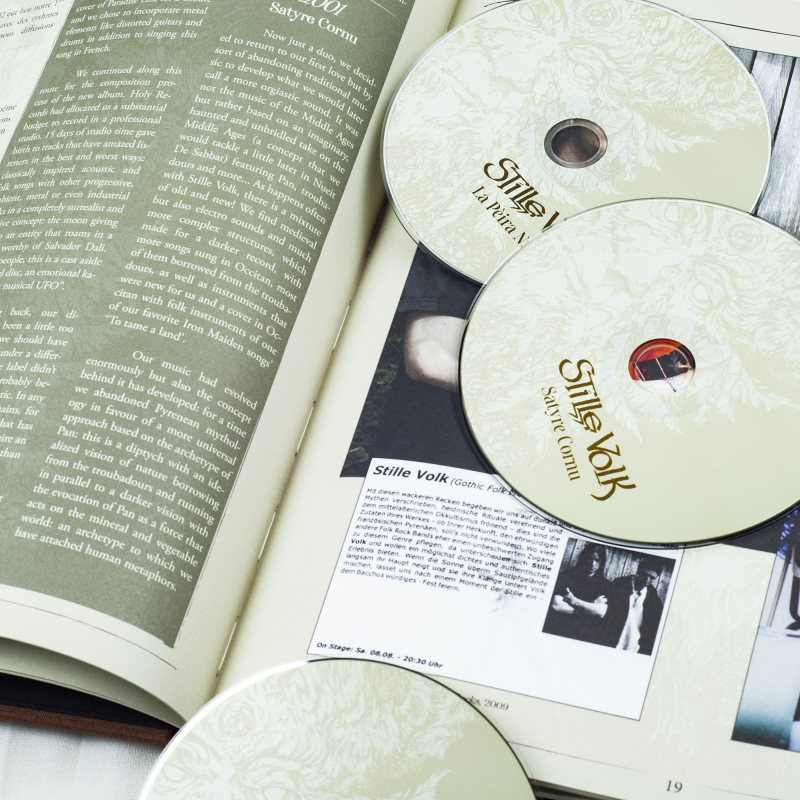 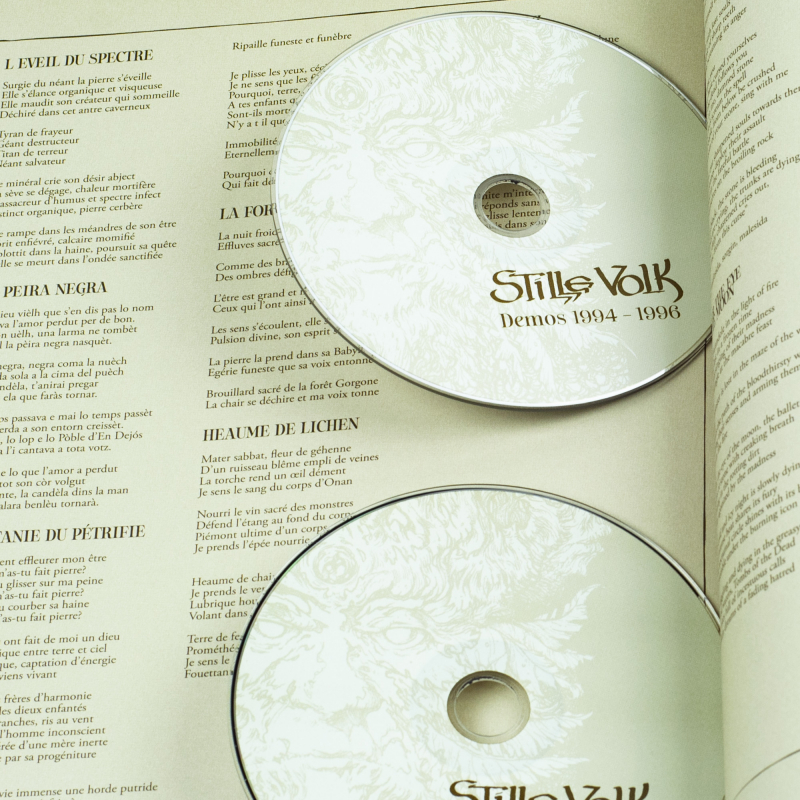 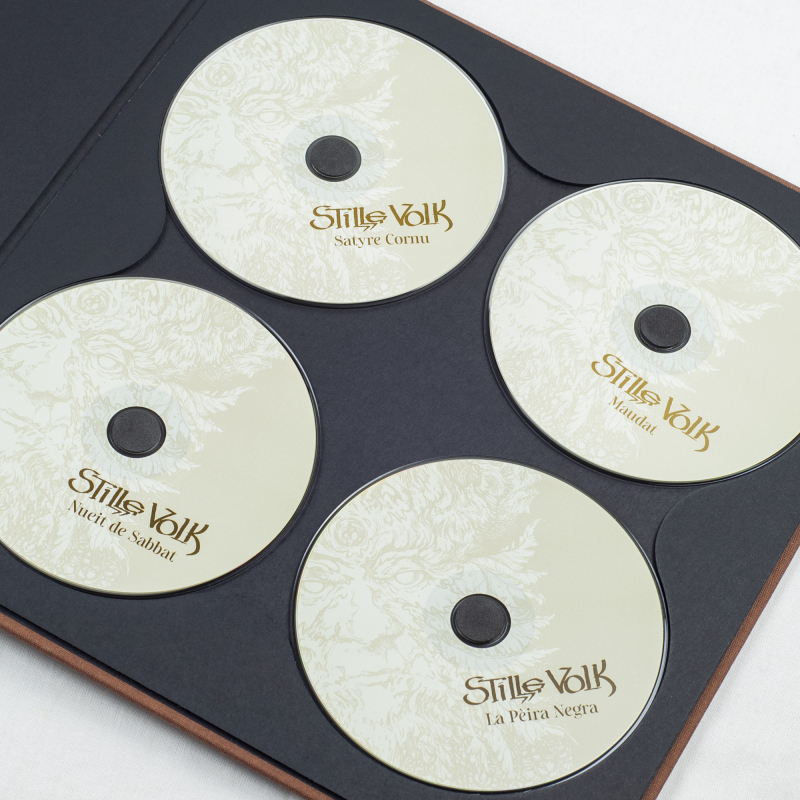 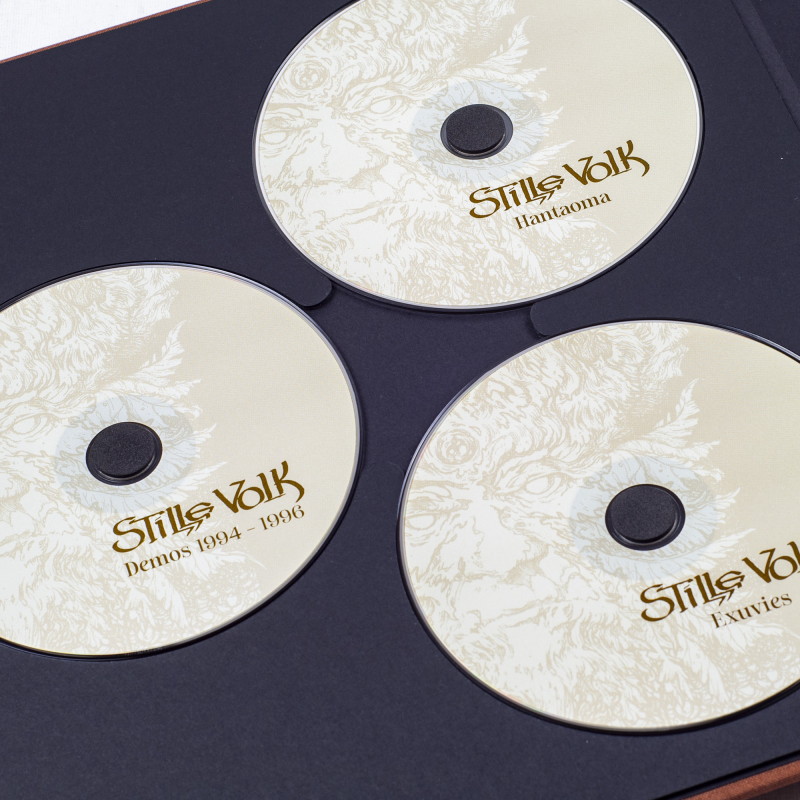