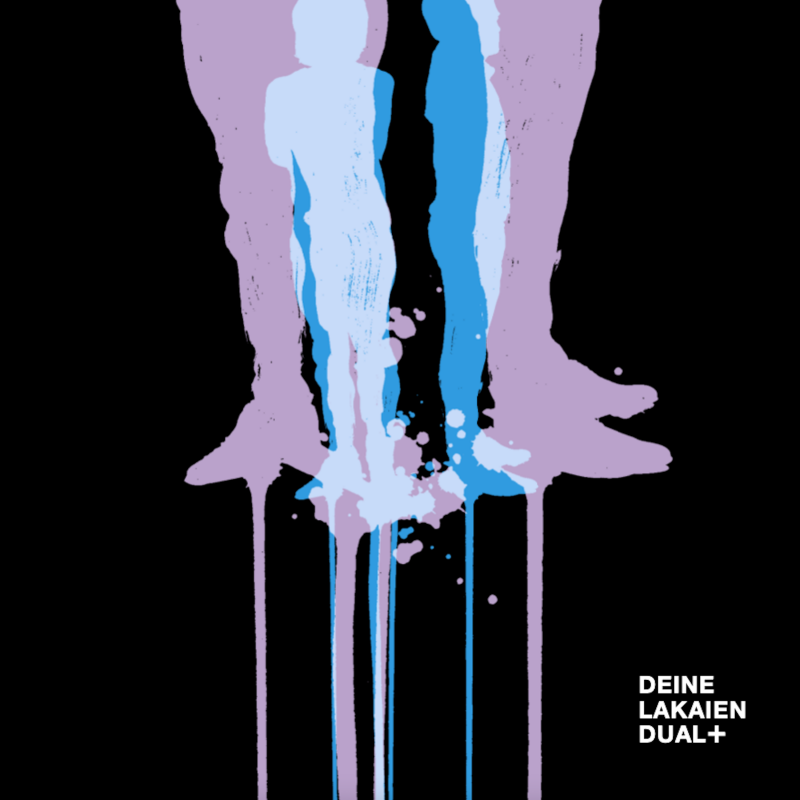 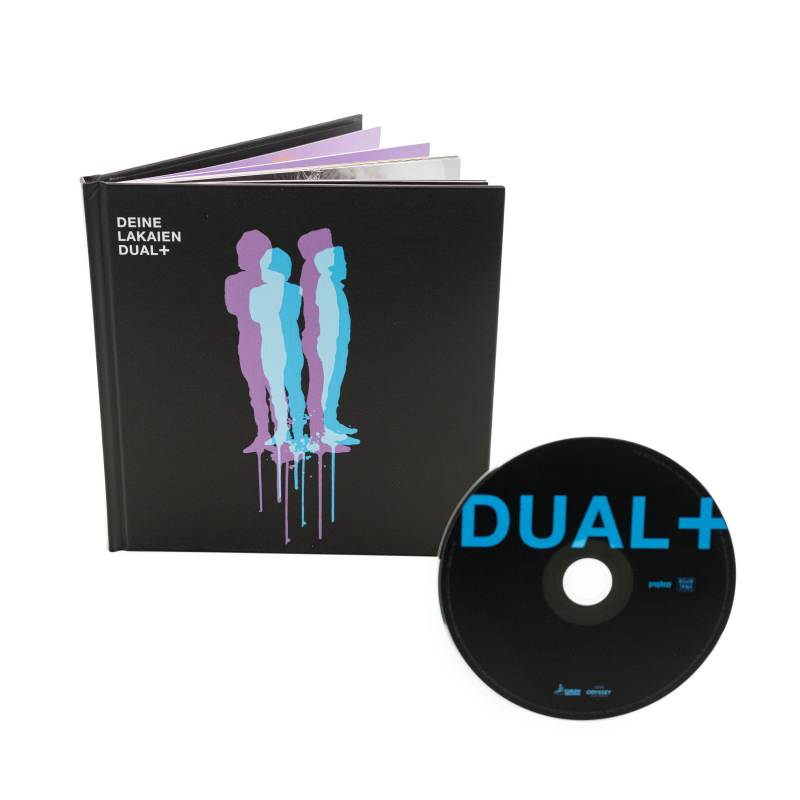 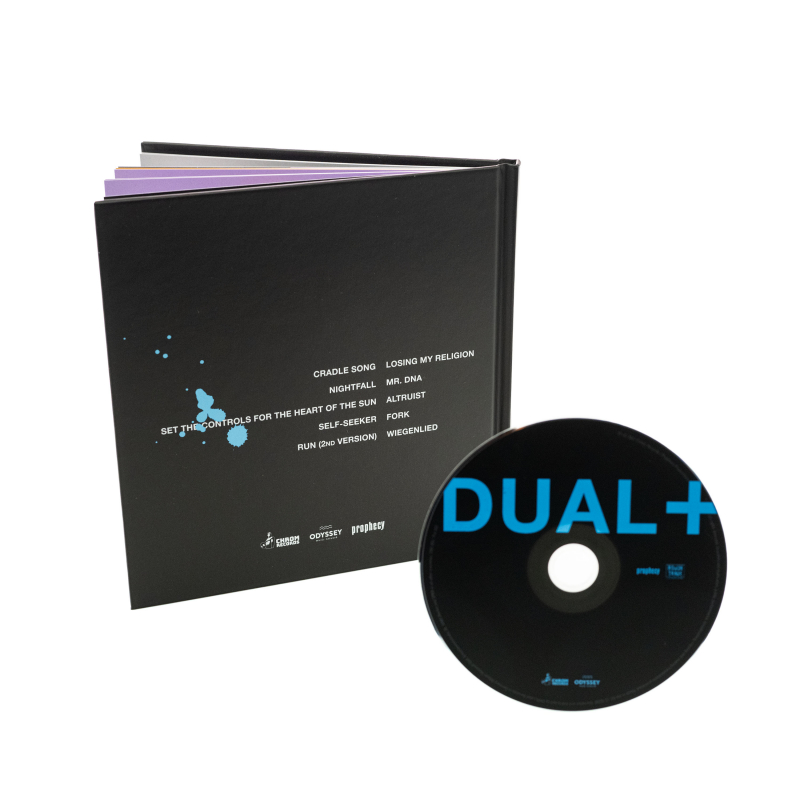 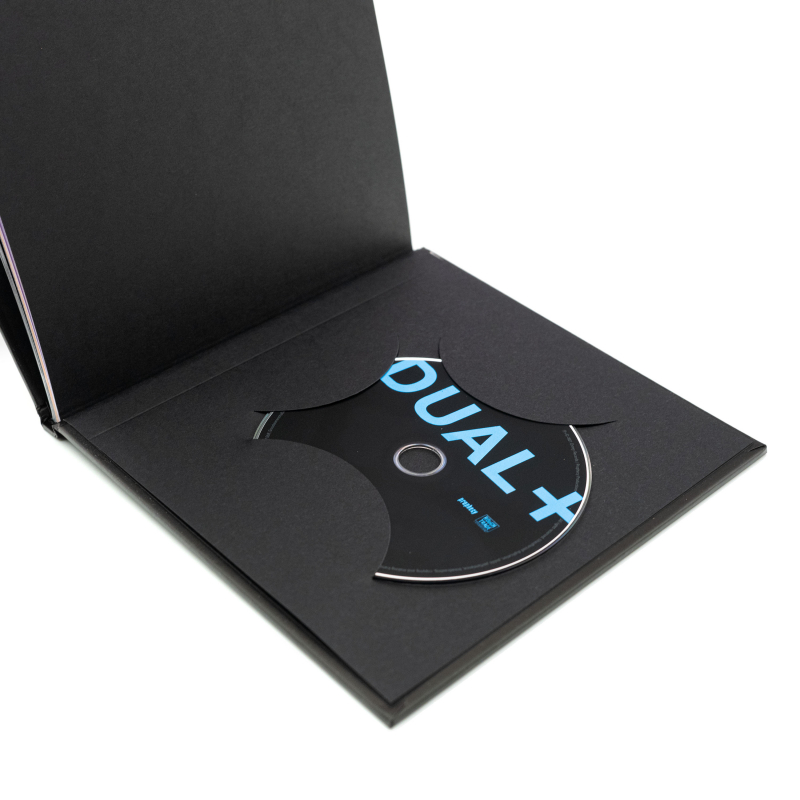 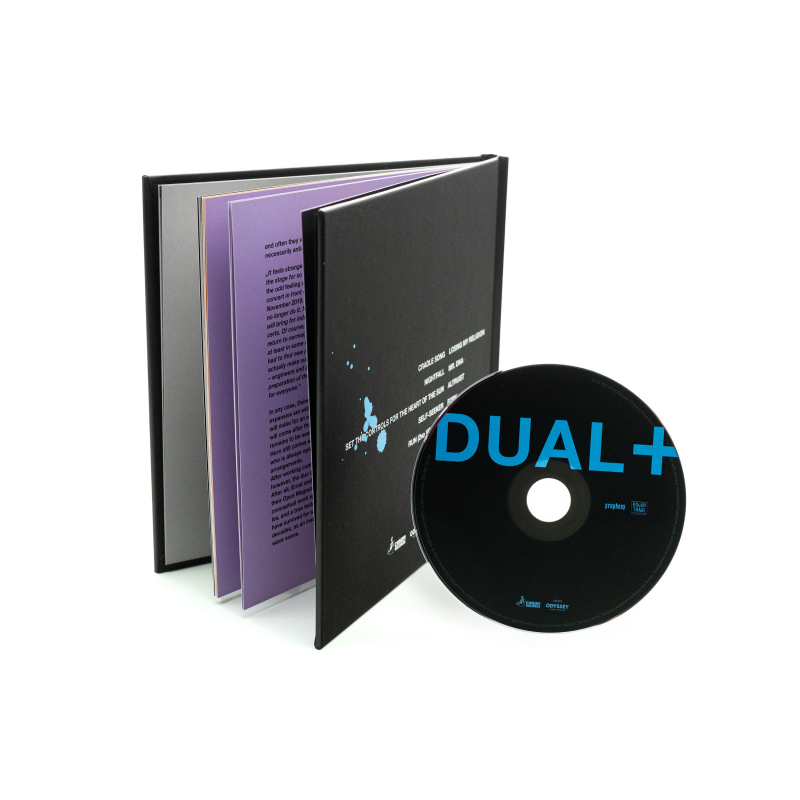 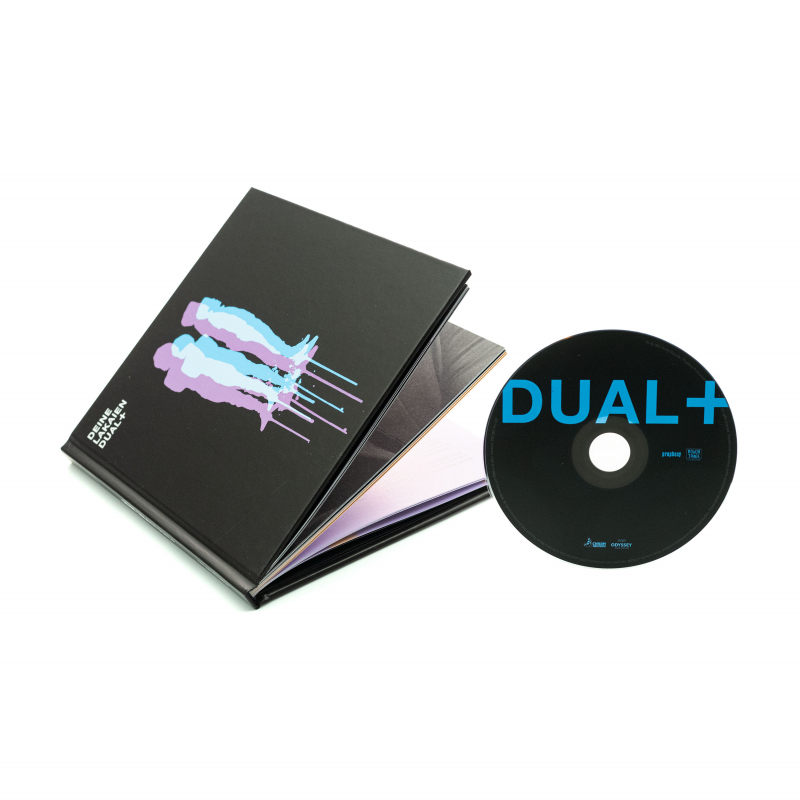 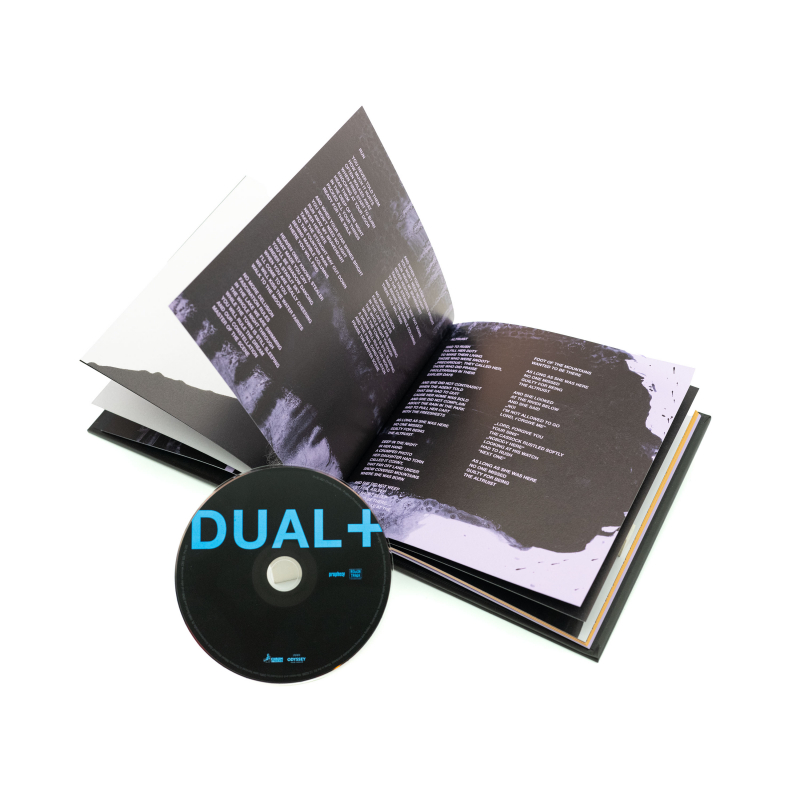 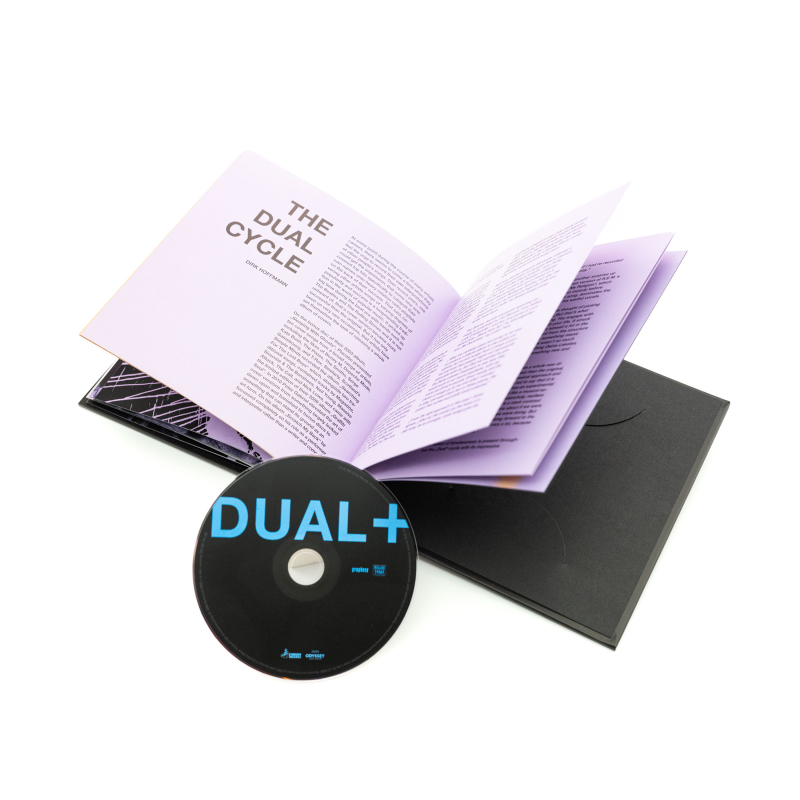 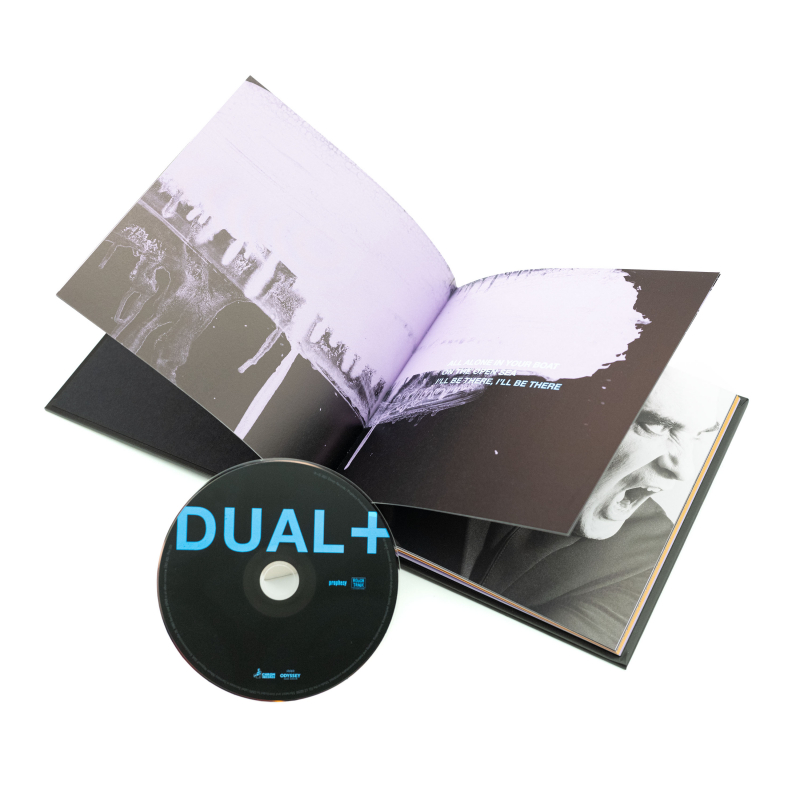 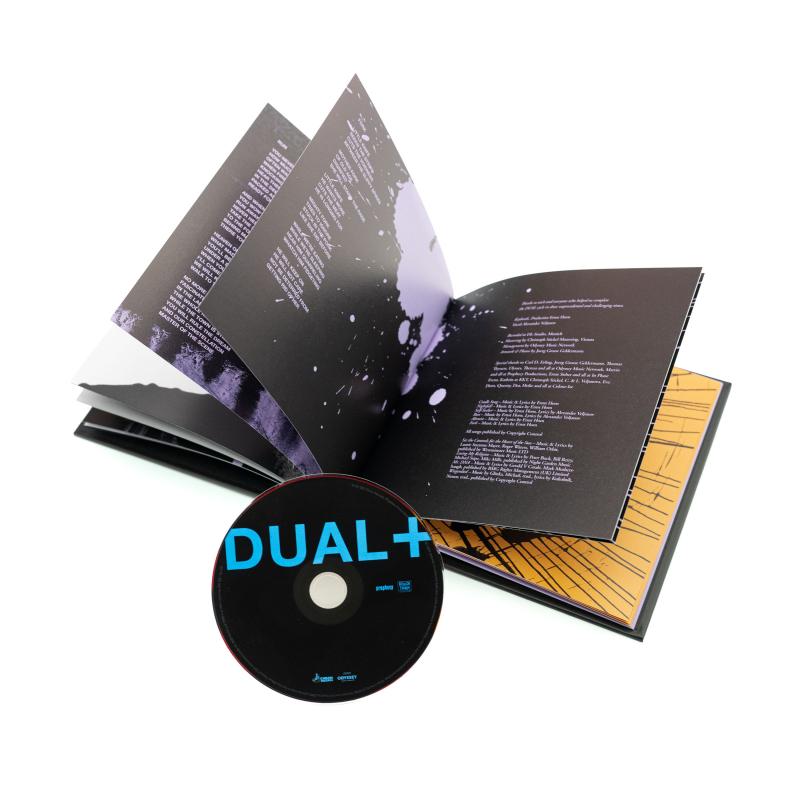 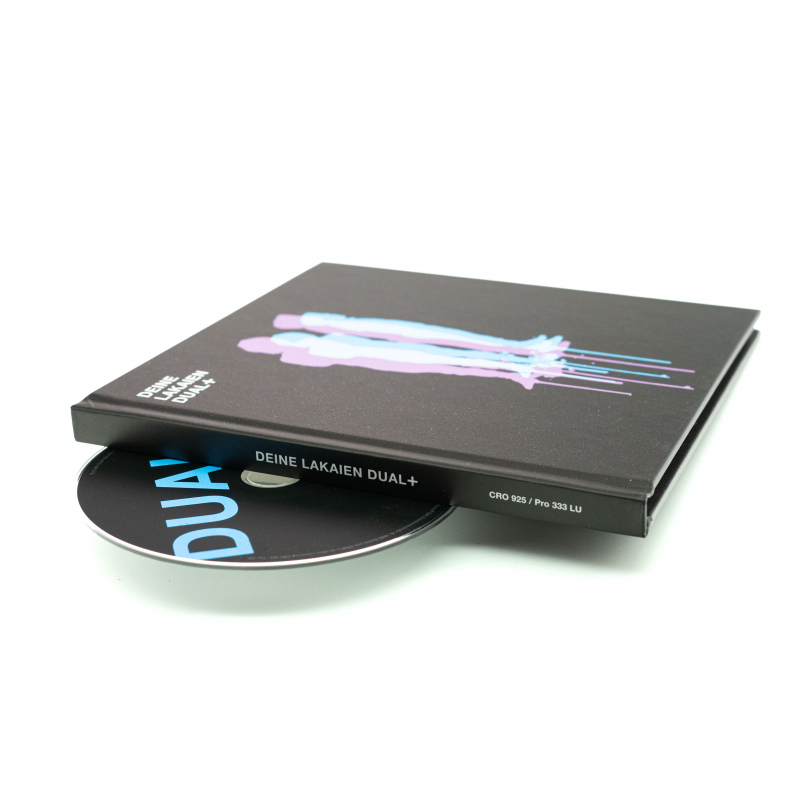 With their new full-length "Dual +", DEINE LAKAIEN continue to ride the impressive creative wave that their compelling concept for the previous double-album "Dual" has caused. Yet while "Dual" was strictly following a principle of cause and effect that juxtaposed one cover version on the first album with a new song that was inspired by it on the second record. "Dual +" keeps the basic formula, but comes across as more compact, multi-layered, and experimental, while also leaving more space for relaxed divergence.

DEINE LAKAIEN are an iconic German dark music act. The legendary electronic avant-garde duo has managed the rare feat of being accepted as serious artists as well as proving to be immensely popular over more than three and a half decades.

With their 11th studio album, "Dual +", classically-educated composer and pianist Ernst Horn and vocalist extraordinaire Alexander Veljanov are further exploring the musical vector that the duo has taken on "Dual" by playfully adapting some of their musical influences and making them their own, but always serious about the composition and respectful towards the original. By ostensibly showing the connection to their own creations and making a part of their artistic process transparent, DEINE LAKAIEN also state that music does not grow out of thin air – as clearly as Beethoven could not have created his symphonies without the works of Bach before him.

DEINE LAKAIEN keep breaking new musical ground as they have already achieved multiple times in their long career. Founded in 1985, the German duo started as a purely electronic avant-garde dark wave project. Taking their name from a reference in the song 'Die genaue Zeit' by German experimentalists Einstürzende Neubauten, the band self-released "Deine Lakaien" in 1986, which spread by word of mouth and created an underground buzz. The debut set the duo clearly apart from electronic contemporaries such as YAZOO, SOFT CELL, EURYTHMICS, and OMD by virtue of their singular dark sound.

DEINE LAKAIEN have created yet another marvellous piece of music with "Dual +". Their art comes with multiple layers and can be read in many different ways or simply be enjoyed as one amazing song after the other unfolds and the dividing lines between cover versions and original songs begin to blur until they are without meaning to the true beauty revealed.