Green Carnation are one of a kind in the world of progressive metal. Founded by ex-Emperor bassist Terje Vik Schei (aka Tchort) in 1990 and coming into bloom at the turn of the millennium, Green Carnation have since been associated with local peers In The Woods… with whom they also share members all along. In the eyes of many fans their crowning achievement was 2001's "Light Of Day, Day Of Darkness", a sixty minute long progressive metal masterpiece, putting the band, and the small Norwegian city of Kristiansand, on the map. It is a record that both comes to terms with the tragic loss of Tchort's daughter and embraces the birth of his son.

Now, after a crowdfunding campaign that made the whole project possible the band and production team, in collaboration with Prophecy Productions are thrilled to present "Last Day Of Darkness", a 95 minute documentary and concert film based around their 2016 world tour celebrating the 15th anniversary of "Light Of Day, Day Of Darkness" and the grand finale in the band's native Kristiansand. The documentary features candid behind-the-scenes and rehearsal footage from that tour and an exclusive interview with band leader and "Light Of Day, Day Of Darkness" composer Tchort delving into the personal and background details of Green Carnation's most important album. The concert film captures Green Carnation performing "Light Of Day, Day Of Darkness" in its entirety at the epic, final tour show in Kristiansand's Kilden Konserthus. Featuring multi-camera production and splendid sound these recordings together with the documentary show Green Carnation as you've never seen or heard them before.

With the front cover by Costin Chioreanu (At The Gates, Enslaved, Arcturus, Arch Enemy) and additional artwork by Niklas Sundin (Dark Tranquillity) the "Last Day Of Darkness" high size Digipak includes the documentary and concert film on DVD, the full concert audio on CD, and a 12-page booklet with a preface written by the DVD's director and an exclusive interview with singer Kjetil Nordhus. For those more interested in the sonic journey, Prophecy is offering a gatefold double LP featuring the concert audio on vinyl as well as the story behind "Light Of Day, Day Of Darkness" narrated by Tchort as spoken-word bonus content. This is the ultimate acquisition for all fans of Green Carnation and those who want to celebrate an iconic release. "Last Day Of Darkness" is a potent monument honoring one of the 2000's most important prog metal releases. 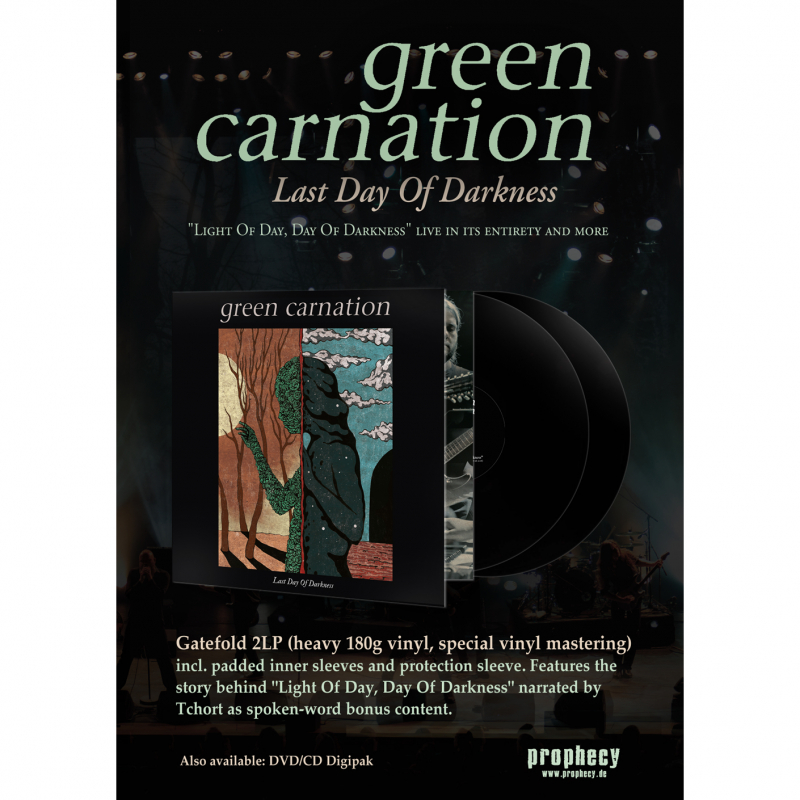 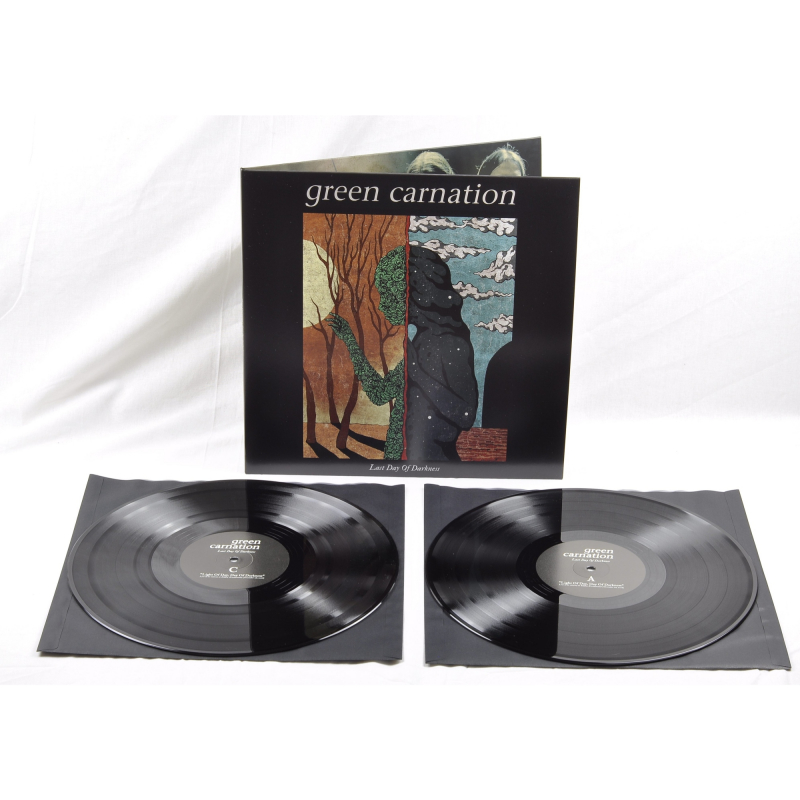 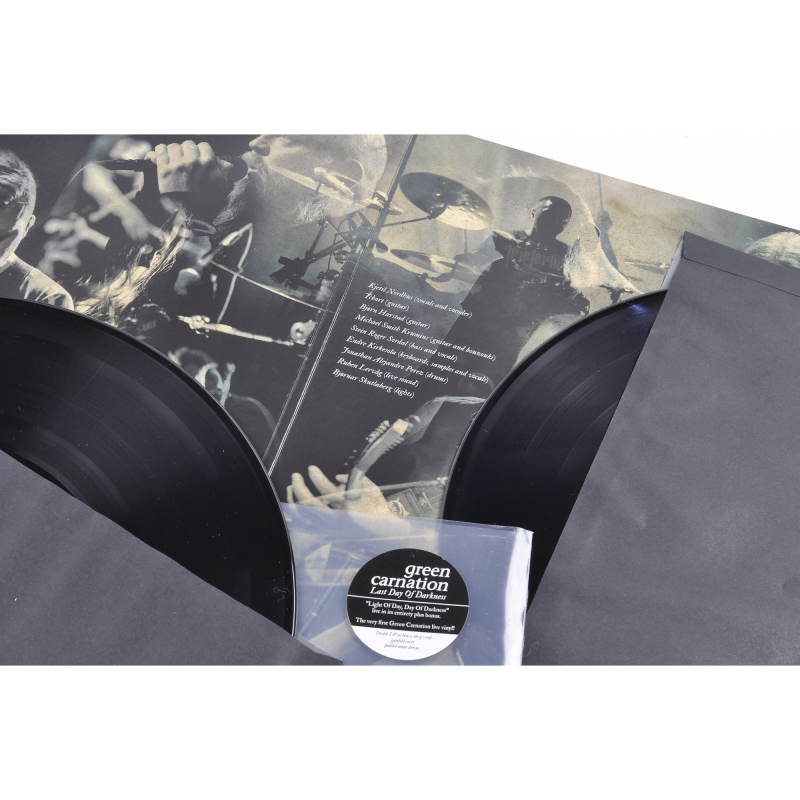 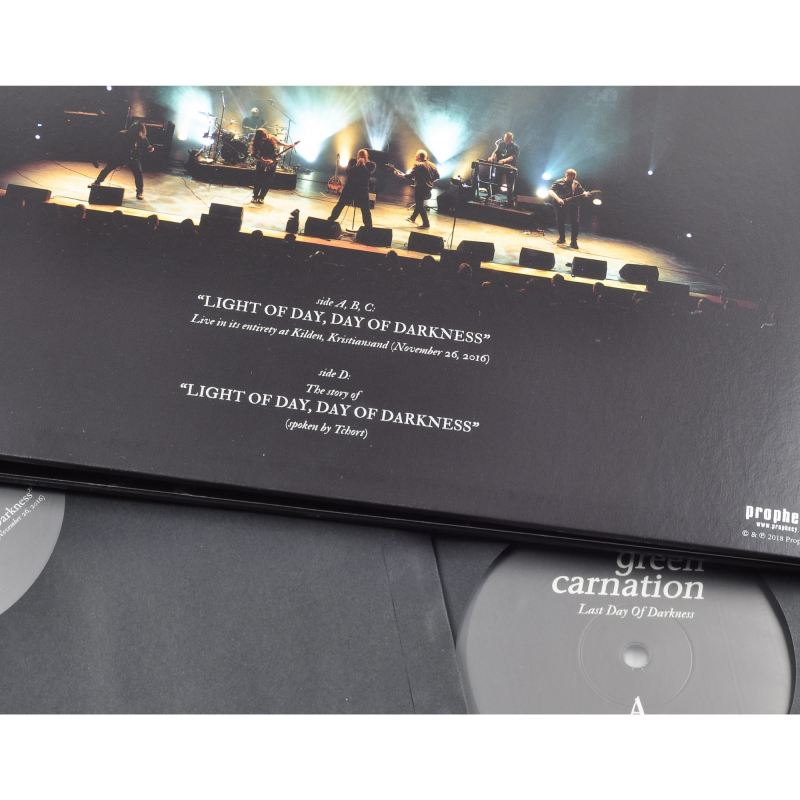